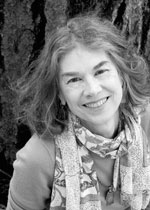 We are delighted to report that in January the Academy of American Poets has named Brenda Hillman, a regular Community of Writers staff poet, as its newest Chancellor. Other distinguished poets who have held this honorary position include W. H. Auden, John Ashbery, Elizabeth Bishop, Lucille Clifton, Robert Hass, Galway Kinnell, Yusef Komunyakaa, Adrienne Rich, Mark Strand and C.D. Wright.

According to the Academy, “as a member of the Board of Chancellors, Hillman will consult with the organization on matters of artistic programming, serve as a judge for the organization’s largest prizes for poets, and act as ambassador of poetry in the world at large. Hillman was selected by the fifteen members of the Academy’s Board of Chancellors, which includes U.S. Poet Laureate Juan Felipe Herrera. She will serve for a period of six years, filling the seat vacated by Naomi Shihab Nye, whose term as Chancellor has concluded.”

For more than three generations, the Academy has connected millions of people to poetry through programs such as National Poetry Month, the largest literary celebration in the world; Poets.org, the Academy’s website; American Poets, a biannual literary journal; an ongoing series of poetry readings; and the annual award of its American Poets Prize.

Brenda, who is the Olivia C. Filippi Professor of Poetry at St. Mary’s, is the author of nine collections from Wesleyan University Press, the most recent of which is Seasonal Works with Letters on Fire, which received the International Griffin Poetry Prize and Practical Water which was the recipient of the Los Angeles Times Book Award. Other collections from Wesleyan include Pieces of Air in the Epic, Cascadia, Loose Sugar, and Bright Existence which was a finalist for the Pulitzer Prize.

Brenda has been an essential staff poet at the Community of Writers since 1988, and has served as guest director on several occasions.