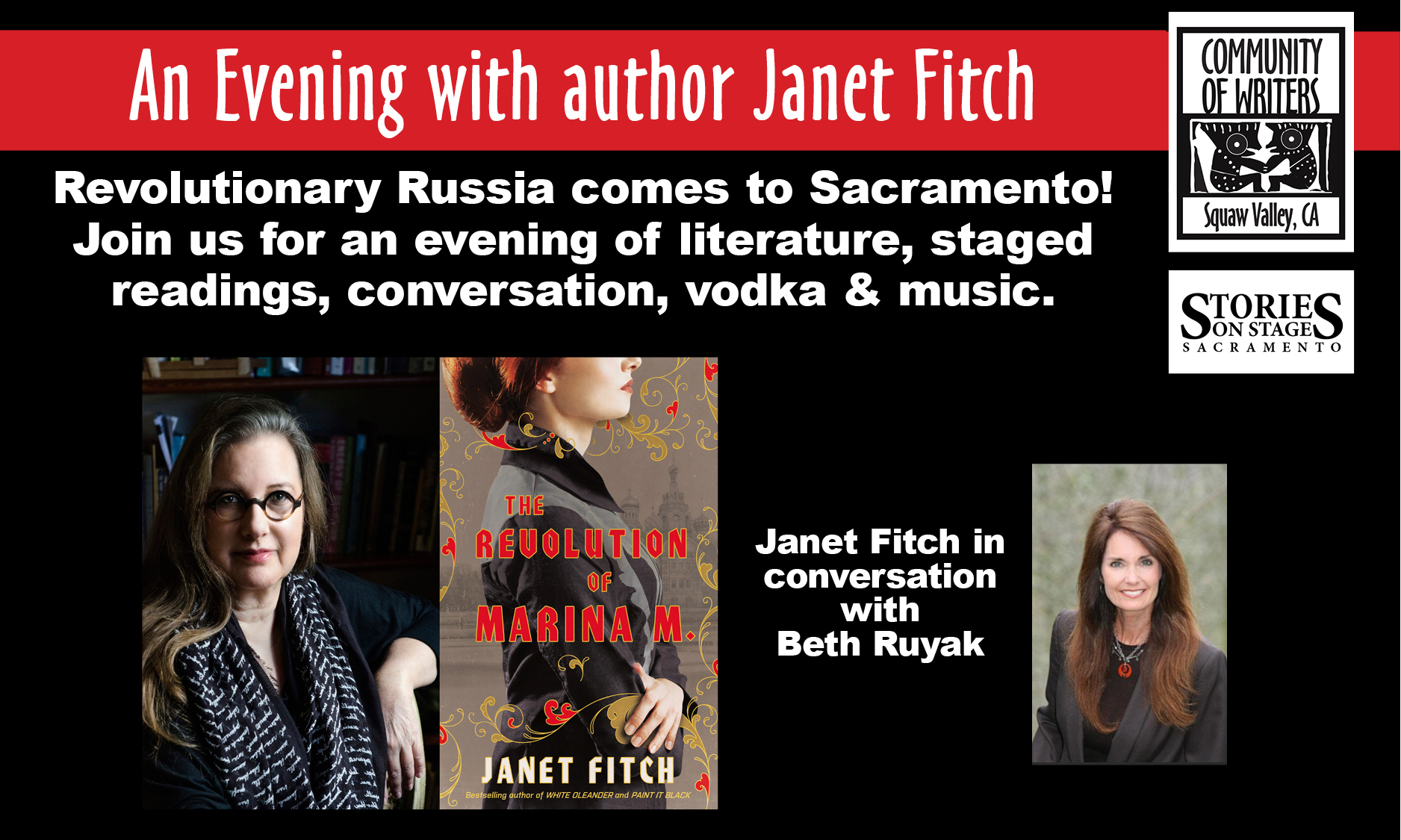 The Community of Writers in collaboration with
Stories on Stage Sacramento,
is proud to present New York Times bestselling author of White Oleander Janet Fitch

The Russian Revolution will be center stage for this evening of literature, conversation, and music. Made doubly relevant by today’s headlines, and the occasion of the 100th anniversary of the Russian Revolution, this interview and exploration of Janet Fitch’s new novel, The Revolution of Marina M.  will be interspersed with dynamic readings from the book by a professional actor.

Set in the turbulent period before and after the overthrow of the Tsar, this historical novel presents a sweeping account of a young poet carried by the tide of revolution into a life greater than anything she ever imagined.

Proceeds will support the Community of Writers.

Congratulations to these Community of Writers Alums who have published books this Summer quarter, 2017.

Do you have a forthcoming publication? Send us your news, and and we will post it in our Omnium Gatherum: Alumni News.  And if your news is a book publication, we’ll include it in our next quarterly 2017 New Alumni Book Update here!