The Community of Writers is pleased to announce the 50th Anniversary of our Summer Writing Workshops in Poetry and Fiction, Nonfiction and Memoir.
We are now accepting applications.

The Poetry Workshop is founded on the belief that when poets gather in a community to write new poems, each poet may well break through old habits and write something stronger and truer than before. The idea is to try to expand the boundaries of what one can write. In the mornings we meet to read to each other the work of the previous twenty-four hours, and in the late afternoons we gather for a conversation about some aspect of craft.On several afternoons staff poets hold brief individual conferences. Director: Robert Hass. 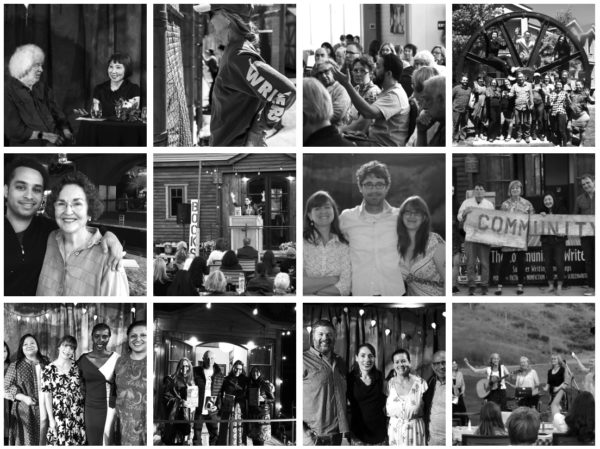 These workshops assist serious writers by exploring the art and craft as well as the business of writing. The week offers daily morning workshops, craft lectures, panel discussions on editing and publishing, staff readings, and brief individual conferences.The morning workshops are led by staff writer-teachers, editors, or agents. There are separate morning workshops for Fiction and Narrative Nonfiction/Memoir. In addition to their workshop manuscripts, participants may have a second manuscript read by a staff member who meets with them in individual conferences.

Congratulations to these Community of Writers Alums who have published books during the fourth quarter of 2019!

Visit our Omnium Gatherum to explore all the recent alumni news.

Do you have a forthcoming publication? Send us your news, and and we will post it in our Omnium Gatherum: Alumni News.  And if your news is a book publication, we’ll include it in our next quarterly 2020 New Alumni Books Update here.