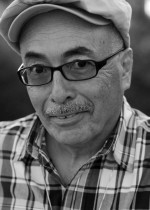 We are delighted to announce that Patricia Spears Jones will be joining us on staff this summer for the Poetry Workshop!

Patricia Spears Jones is a Brooklyn-based poet and author of A Lucent Fire: New and Selected Poems from White Pine Press, which is a 2016 Finalist for the William Carlos Williams Prize from the Poetry Society of America and seven other poetry collections and chapbooks. Her works are anthologized widely including Of Poetry & Protest: From Emmett Till to Trayvon Martin, broken land: Poems of Brooklyn, Best American Poetry and Black Nature: Four Hundred Years of African American Nature Poetry. She curates WORDS SUNDAY, a literary salon in Brooklyn and is a former Program Coordinator for The Poetry Project at St. Mark’s Church and served as a Mentor for the Project’s first year of Emerge Surface Be. Her plays have been commissioned and produced by Mabou Mines. She has collaborated with musicians and artists such as Jason Hwang, Carolee Schneemann, Lenora Champagne and Danny Tisdale. She edited THINK: Poems for Aretha Franklin’s Inauguration Day Hat and is contributing editor to BOMB Magazine. She is a senior fellow at Black Earth Institute, where she edited a recent issue of About Place Journal. She is recipient of a Barbara Deming Fund award as well as awards from the Goethe Institute, the Foundation for Contemporary Art and the New York Community Trust and grants from the NEA and NYFA. She has taught at The Poetry Project, Poets House, and at University of Rhode Island, Manhanttanville College, Naropa University summer programs. She is a lecturer at CUNY.

We are thrilled to announced that we will be joined at the Writers Workshop this summer by both Anne Lamott and Dava Sobel! 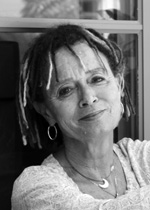 Anne Lamott, who will be joining us as a special guest, is the author of seven novels, including Hard Laughter, Rosie, Joe Jones, Blue Shoe, All New People, Crooked Little Heart, and Imperfect Birds. She has also written eight bestselling books of nonfiction, including Operating Instructions; Some Assembly Required: A Journal of My Son’s First Son; and a writing guide; Bird by Bird: Some Instructions on Writing and Life. Her collections of autobiographical essays on faith are Traveling Mercies: Some Thoughts on Faith; Plan B: Further Thoughts on Faith; Grace (Eventually): Thoughts on Faith; Help, Thanks, Wow: The Three Essential Prayers and most recently Stitches: A Handbook on Meaning, Hope and Repair. Her last book of essays, Small Victories: Spotting Improbable Moments of Grace, was published by Riverhead Books. 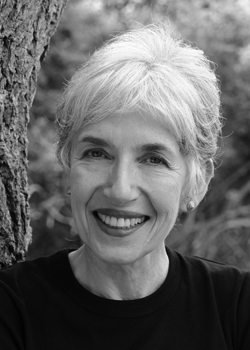 Dava Sobel, joining us as a nonfiction teaching staff member, a former New York Times science reporter, is the author of the New York Times bestseller, Longitude, which was the subject of a PBS science program “NOVA,” and Granada Films created a dramatic version starring Jeremy Irons and Michael Gambon for A&E. Her nonfiction book, Galileo’s Daughter, was a #1 New York Times bestseller and won a 1999 Los Angeles Times Book Prize, a Christopher Award, was a finalist for the 2000 Pulitzer Prize in biography and was the subject of a two-hour Emmy Award-winning “NOVA” documentary. She is also the author of the books The Planets and A More Perfect Heaven. Dava is a long-time science contributor to Harvard Magazine, Audubon, Discover, Life, Omni, and The New Yorker. Bloomsbury has just released a stand-alone edition of her Copernicus play, And the Sun Stood Still, which was produced in 2014 by the Boulder Ensemble Theatre Company in Colorado.The editor of the collection Best American Science Writing 2004, published by Ecco Press, Ms. Sobel has served as a judge for the Los Angeles Times Book Prizes, the Pulitzer Prize in General Nonfiction, the PEN / E. O. Wilson Literary Science Writing Award, and the Lewis Thomas Prize awarded by Rockefeller University to scientists who distinguish themselves as authors. Her new book, The Glass Universe: How the Ladies of the Harvard Observatory Took the Measure of the Stars, will be published by Viking in December. www.davasobel.com

For a complete roster of 2016 Teaching Staff, Special Guests, as well as Agents and Editors, visit the Writers Workshop page. Applications are due April 12th.