The Community of Writers is pleased to offer the best of the 2016 Writers Workshops to the public as podcasts. We have seventeen of the most popular panels, craft talks, and lectures available for download on our website, including Tom Barbash‘s talk, “The Germs (of stories, that is): From Where Do Stories Emerge?” and Dava Sobel‘s craft talk on “The Construction of a Nonfiction Narrative.”

You can browse our selection of podcasts on our website, and download and listen to any talk on your computer or device.

You may also visit our Podcast Archives for previous years’ podcasts.

The Community of Writers welcomes Tom Lutz to teach this summer at our Writers Workshops July 9 – 15. He is the author of And the Monkey Learned Nothing: Dispatches from a Life in Transit; Drinking Mare’s Milk on the Roof of the World: Wandering the Globe from Azerbaijan to Zanzibar; the American Book Award-winning Doing Nothing: A History of Loafers, Loungers, Slackers and Bums; and other books, as well as many pieces in literary, general interest, and academic venues. He has taught at the University of Iowa, University of Copenhagen, Stanford, and CalArts, and is now at University of California, Riverside. He is the founding editor-in-chief and publisher of Los Angeles Review of Books. Read about Tom’s newest book, And the Monkey Learned Nothing, in SFGate.com.

In the next few weeks, we will feature authors on our teaching staff. 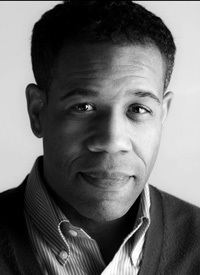 The Community of Writers is delighted and honored to announce that Pulitzer Prize-winning poet Gregory Pardlo will join our teaching staff June 24 – July 1.

Gregory Pardlo‘s collection Digest (Four Way Books) won the 2015 Pulitzer Prize for Poetry. Digest was also shortlisted for the 2015 NAACP Image Award and was a finalist for the Hurston-Wright Legacy Award. His other honors include fellowships from the National Endowment for the Arts and the New York Foundation for the Arts; his first collection Totem was selected by Brenda Hillman for the APR/Honickman Prize in 2007. He is also the author of Air Traffic, a memoir in essays forthcoming from Knopf. Pardlo joins the faculty of the M.F.A. program in creative writing at Rutgers University-Camden in the fall of 2016. He lives with his family in Brooklyn.

Explore the Community of Writers Poetry Workshop, and learn more about the other poets on our teaching staff. Deadline to Apply: March 28. 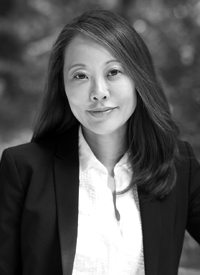 The Community of Writers is delighted to announce that Krys Lee will join the teaching staff this summer all the way from South Korea. She is the author of Drifting House and How I Became a North Korean, both published by Penguin Random House. She is a recipient of the Rome Prize and the Story Prize Spotlight Award, the Honor Title in Adult Fiction Literature from the Asian/Pacific American Libraries Association, and a finalist for the BBC International Story Prize, the Center for Fiction First Novel Award, and the Andrew Carnegie Mellon Excellence in Fiction and Nonfiction Medal. Her fiction, journalism, and literary translations have appeared in Granta, The Kenyon Review, Narrative, San Francisco Chronicle, Corriere della Sera, and The Guardian, among others. She is an assistant professor of creative writing and literature at Yonsei University, Underwood International College, in South Korea. Read the 2016 interview with her in the Guardian.com.

The deadline approaches to apply to our workshops in Poetry, Fiction, Memoir, and Narrative Nonfiction. We’re very excited about the teaching staff we’ve assembled for this summer’s writing workshops! Take a look at the writers and poets who are joining us this summer. The deadline to Apply is March 28, 2017.

The Poetry Program at the Community of Writers is founded on the belief that when poets gather in a community to write new poems, each poet may well break through old habits and write something stronger and truer than before. To help this happen we work together to create an atmosphere in which everyone might feel free to try anything. In the mornings we meet in workshops to read to each other the work of the previous twenty-four hours; each participant also has an opportunity to work with each staff poet. Financial Aid available. More Details.