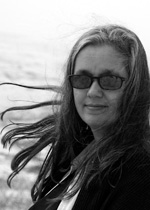 Lisa Alvarez’s poetry and prose has been published in Borderlands: Texas Poetry Review, Huizache, [PANK], Santa Monica Review, TAB Journal and most recently in So It Goes, the literary journal of the Kurt Vonnegut Museum and Library as well as anthologies including Sudden Fiction Latino: Short-Short Stories from the United States and Latin America (Norton). Along with Andrew Tonkovich, she co-edited Orange County: A Literary Field Guide (Heyday). She is the editor of the forthcoming Why to These Rocks: 50 Years of Poems from the Community of Writers (Heyday). Born in Los Angeles, she earned an MFA from UC Irvine and has taught for nearly 30 years as a professor of English at Irvine Valley College. She co-directs the Writers Workshops, and serves serves as Assistant Program Director at the Community of Writers. 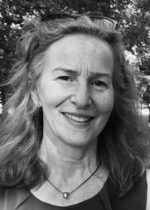 Alex Espinoza earned his MFA from UC Irvine and is the author of the novels Still Water Saints and The Five Acts of Diego León, both from Random House. His newest book is Cruising: An Intimate History of a Radical Pastime. He’s written for the LA Times, the NY Times Magazine, Virginia Quarterly Review, and NPR’s All Things Considered. The recipient of fellowships from the NEA and the MacDowell Colony, as well as an American Book Award from the Before Columbus Foundation, he is the Tomás Rivera Endowed Chair of Creative Writing at UC Riverside and is completing a new novel. https://www.alexespinoza.com/ 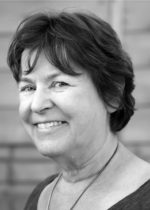 Karen Joy Fowler is a novelist and writer of short fiction. Her work ranges from literary to science fiction, from contemporary to historical. We Are All Completely Beside Ourselves won the 2013 PEN/Faulkner Award, the California Book Award, and was shortlisted for the Man Booker in 2014. She has recently finished a seventh novel, expected out in 2022. She is currently sheltering at home in the beautiful city of Santa Cruz, California. www.karenjoyfowler.com 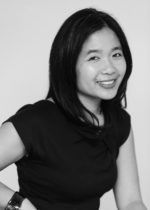 Vanessa Hua is a columnist for the San Francisco Chronicle and the author of the national bestseller, A River of Stars, and the short story collection, Deceit and Other Possibilities, winner of the Asian/Pacific American Award for Literature. A National Endowment for the Arts Literature Fellow, her honors include Rona Jaffe Foundation Writers’ Award, a Steinbeck Fellowship in Creative Writing, and Dr. Suzanne Ahn Award for Social Justice Reporting. Her work appeared publications including the New York Times, Washington Post, and The Atlantic. She teaches at the Warren Wilson MFA Program for Writers and elsewhere. www.vanessahua.com 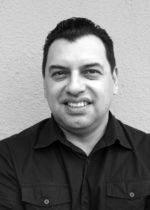 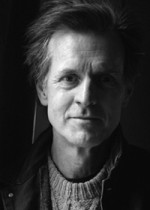 Louis B. Jones is the author of the novels Ordinary Money (Viking); Particles and Luck and California’s Over (Pantheon); Radiance, and Innocence (Counterpoint). His short fiction and essays have appeared in ZYZZYVA, The Threepenny Review, Open City, The Sun, Santa Monica Review, the Pushcart Prize, and The Best of Pushcart anthology. He co-directs the Writers Workshops at the Community of Writers.  www.louisbjones.com 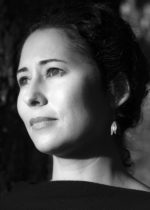 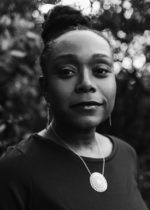 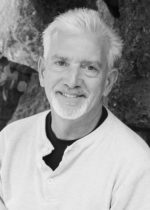 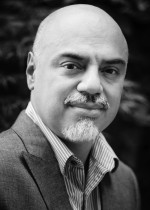 Hector Tobar is the author of five books, including the novels The Last Great Road Bum, The Tattooed Soldier, and The Barbarian Nurseries. His non-fiction Deep Down Dark was a finalist for the National Book Critics Circle Award and a New York Times bestseller. Tobar is a contributing editor to the New York Times editorial pages, and has written for The New Yorker and many other publications. His fiction has appeared in Best American Short Stories and his books that have been translated into 15 languages. He teaches at the University of California, Irvine. www.hectortobar.com 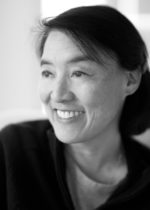 Gail Tsukiyama is the author of eight novels, including Women of the Silk, The Samurai’s Garden, The Street of a Thousand Blossoms, and her latest novel, The Color of Air. She has been the recipient of the Academy of American Poets Award, the PEN/Oakland Josephine Miles Award for Literary Excellence, and the Asia Pacific Leadership Award from the Center of the Pacific Rim and the Ricci Institute. A resident of the San Francisco Bay Area, she has taught at San Francisco State University, University of California, Berkeley, and Mills College. 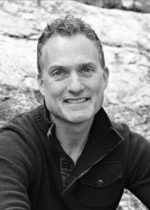 Josh Weil is the author of the novel The Great Glass Sea, the novella collection The New Valley, and story collection The Age of Perpetual Light. A Fulbright Fellow and National Book Foundation 5-under-35 honoree, he has been awarded The American Academy of Arts and Letters’ First Fiction Prize, the Dayton Literary Peace Prize, the GrubStreet National Book Prize, the Library of Virginia Literary Award, the California Book Award, and a Pushcart. A writing teacher for over a decade, he has most recently taught in the MFA program at U.C. Irvine and at the Bread Loaf Writers Conference. www.joshweil.com 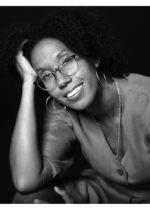 Tiphanie Yanique is the author of the poetry collection, Wife, which won the 2016 Bocas Prize in Caribbean poetry and the United Kingdom’s 2016 Forward/Felix Dennis Prize for a First Collection. Tiphanie is also the author of the novel, Land of Love and Drowning, which won the 2014 Flaherty-Dunnan First Novel Award from the Center for Fiction, the Phillis Wheatley Award for Pan-African Literature, and the American Academy of Arts and Letters Rosenthal Family Foundation Award, and was listed by NPR as one of the Best Books of 2014. Land of Love and Drowning was also a finalist for the Orion Award in Environmental Literature and the Hurston-Wright Legacy Award. She is the author of a collection of stories, How to Escape from a Leper Colony, which won her a listing as one of the National Book Foundation’s 5Under35. Her writing has won the Bocas Award for Caribbean Fiction, the Boston Review Prize in Fiction, a Rona Jaffe Foundation Writers Award, a Pushcart Prize, a Fulbright Scholarship and an Academy of American Poet’s Prize. She has been listed by the Boston Globe as one of the sixteen cultural figures to watch out for and her writing has been published in the New York Times, Best African American Fiction, The Wall Street Journal, American Short Fiction and other places. Tiphanie is from the Virgin Islands and is a professor at Emory University. She lives in Atlanta with her family. www.tiphanieyanique.com