Last updated: July 26, 2021
Alex Espinoza graduated from the University of California-Riverside, then went on to earn an MFA from UC-Irvine’s Program in Writing. His first novel, Still Water Saints, was published by Random House in 2007. His second novel, The Five Acts of Diego León, was published by Random House in March 2013. Alex’s work has appeared in several anthologies and journals. His awards include a 2009 Margaret Bridgeman Fellowship in Fiction to the Bread Loaf Writers’ Conference, a 2014 Fellowship in Prose from the National Endowment for the Arts, and a 2014 American Book Award from the Before Columbus Foundation for The Five Acts of Diego León. His latest is Cruising: An Intimate History of a Radical Pastime (Unnamed Press 2019). Alex teaches at UC-Riverside where he serves as the Tomás Rivera Endowed Chair of Creative Writing. https://www.alexespinoza.com/ 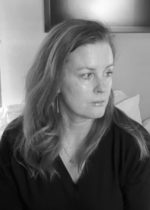 Victoria Patterson’s latest story collection, The Secret Habit of Sorrow, was published in 2018. The critic Michael Schaub wrote: “There’s not a story in the book that’s less than great; it’s a stunningly beautiful collection by a writer working at the top of her game.” Her novel The Little Brother, which Vanity Fair called “a brutal, deeply empathetic, and emotionally wrenching examination of American male privilege and rape culture,” was published in 2015. She is also the author of the novels The Peerless Four and This Vacant Paradise, a 2011 New York Times Book Review Editors’ Choice. Her story collection, Drift, was a finalist for the California Book Award and the Story Prize and was selected as one of the best books of 2009 by the San Francisco Chronicle. She lives in South Pasadena, California with her family.