Camille T. Dungy is the author of four collections of poetry, most recently Trophic Cascade, winner of the Colorado Book Award, and the essay collection Guidebook to Relative Strangers: Journeys into Race, Motherhood and History, finalist for the National Book Critics Circle Award. She has edited three anthologies, including Black Nature: Four Centuries of African American Nature Poetry. Her honors include a Guggenheim Fellowship, an American Book Award, and NEA Fellowships in both poetry and prose. She lives in Colorado with her husband and daughter, where she is a University Distinguished Professor at Colorado State University. www.camilledungy.com

Robert Hass is a poet, translator and essayist. His most recent books include a new collection of poems, Summer Snow (Ecco/HarperCollins), and a collection of essays, A Little Book on Form: An Exploration Into the Formal Imagination of Poetry (HarperCollilns). His other books include his book of prose, What Light Can Do: Essays 1985-2010; his selected poems, The Apple Trees at Olema; Time and Materials, which was awarded the Pulitzer Prize and the National Book Award; and his edition of Walt Whitman’s Song of Myself and Other Poems. His other books of poetry include Sun Under Wood: New Poems, Human Wishes, Praise, and Field Guide. He has also co-translated many volumes of the poetry of Czeslaw Milosz and is the author or editor of several other collections of essays and translations, including The Essential Haiku: Versions of Basho, Buson, and Issa; Twentieth Century Pleasures: Prose on Poetry; and Now & Then: The Poet’s Choice Columns 1996-2000. He served as Poet Laureate of the United States from 1995 to 1997. Awarded a MacArthur Fellowship and, twice, the National Book Critics Circle Award, he is a professor of English at UC Berkeley. 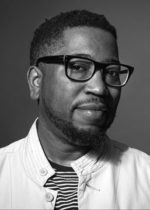 Major Jackson is the author of five books of poetry, including The Absurd Man (2020), Roll Deep (2015), Holding Company (2010), Hoops (2006), and Leaving Saturn (2002), which won the Cave Canem Poetry Prize for a first book of poems. His edited volumes include Best American Poetry 2019, Renga for Obama, and Library of America’s Countee Cullen: Collected Poems. A recipient of fellowships from the Fine Arts Work Center in Provincetown, Guggenheim Foundation, National Endowment for the Arts, and the Radcliffe Institute for Advanced Study at Harvard University, Major Jackson has been awarded a Pushcart Prize, a Whiting Writers’ Award, and has been honored by the Pew Fellowship in the Arts and the Witter Bynner Foundation in conjunction with the Library of Congress. He has published poems and essays in American Poetry Review, Callaloo, The New Yorker, The New York Times Book Review, Paris Review, Ploughshares, Poetry, ZYZZYVA, and included in multiple volumes of Best American Poetry. Major Jackson lives in South Burlington, Vermont, where he is the Richard A. Dennis Professor of English and University Distinguished Professor at the University of Vermont. He serves as the Poetry Editor of The Harvard Review.  www.majorjackson.com 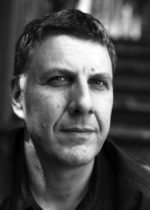 Matthew Zapruder is the author of five collections of poetry, most recently Father’s Day, from Copper Canyon, as well as Why Poetry, a book of prose. He is editor-at-large at Wave Books, where he edits contemporary poetry, prose, and translations. From 2016-7 he held the annually rotating position of Editor of the Poetry Column for the New York Times Magazine. He teaches in the MFA and English Department at Saint Mary’s College of California. http://matthewzapruder.com/