Started by author Leland Cheuk (THE MISADVENTURES OF SULLIVER PONG, a novel, LETTERS FROM DINOSAURS, stories), 7.13 Books is committed to making beautiful works of literary fiction and offering a publishing experience that’s respectful to and even reverent of first-time authors.

As traditional literary publishing shrinks and becomes increasingly elitist, 7.13 Books is part of a vibrant small press ecosystem that is passionate about keeping literature alive and saving quality manuscripts that have fallen through the widening cracks of a backsliding, inefficient industry.

As a publisher, 7.13 Books aspires to a partner in getting writers started on their lives as an author.

Astor & Lenox is a new, small press on a mission to rescue civilization one book at a time. They publish print and ebook editions of remarkable out-of-print books, so they aren’t lost to history, and new manuscripts they think are destined to become classics. 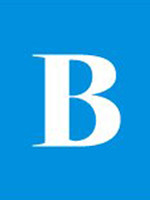 Berkeleyside is Berkeley, California’s independently owned local news site. Berkeleyside is a local newspaper without the paper. It reports the news and covers the extraordinary diversity of people, issues, events, food and environment in this city of 120,000 people whose impact reaches far beyond the Bay Area.

Bona Fide Books is a small press on a mountaintop publishing bold, unsung writers and connecting them with their readers. Bona Fide specializes in community-driven nonfiction, that is, collections about specific areas and its people.

Connotation Press: An Online Artifact exists to publish and promote the finest art and artists available, and to provide a place for a wide variety of art to flourish. From the printed to the spoken word, from the auditory to the visual arts, from the tactile to the cerebral our primary purpose is to provide the best possible showcase venue for the arts and artists that we publish, and to do everything in our power to attract and keep the largest audience possible to experience them. 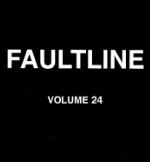 First published in 1992 by founding editor Alyn Warren, Faultline is UC Irvine’s Pushcart prize-winning journal. Housed in UC Irvine’s Department of English and produced by the graduate students of the Programs in Writing, Faultline features the work of emerging and established writers from the U.S. and abroad. The journal publishes new poetry, fiction, creative nonfiction, translations, and art in an annual spring issue. 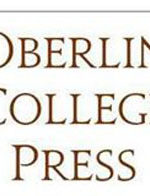 FIELD: Contemporary Poetry and Poetics was founded in 1969 as a periodical devoted to poetry that would combine fresh viewpoints, editorial discrimination, and an attention to the best work being produced in the United States and abroad, regardless of allegiance to schools or categories or reputations. Published twice annually, it provides a forum where poets, eminent and emerging, show each other and those who follow the course of the art what is innovative and most interesting. 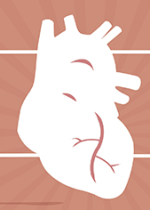 We’re Four Chambers Press, an independent community literary magazine and small press based in Phoenix, AZ. Our mission is to give greater visibility to the literary arts, encourage their participation in the larger cultural scene, and help develop a more active community of writers and readers. 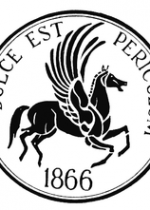 The Harvard Advocate, founded in 1866, is the oldest continuously published collegiate literary magazine in the country. Over its long history, it can count T.S. Eliot, Conrad Aiken, and Norman Mailer among its members and e.e. cummings, Jack Kerouac, and Tom Wolfe as contributors to its pages. A quarterly magazine, The Advocate‘s mission is to publish the best art, fiction, poetry, and prose that the Harvard undergraduate community offers. 2016

Alum Angela Hui is on the Fiction board of The Harvard Advocate. http://theharvardadvocate.com/ 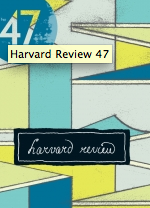 Harvard Review was launched in 1992, a perfect-bound journal of over 200 pages, published semi-annually and incorporating the old Harvard Book Review. The purpose of this journal is to foster the work of new writers, provide a forum for criticism of new literary works, and present the finest poetry and short fiction being written. 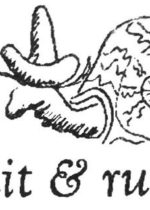 hit & run press started in 1974. Editor Larry Rafferty has been selecting and publishing books and broadsides ever since, and hit & run press now has a wide range of poetry and two bilingual volumes of translations. Rafferty occasionally has guest editors review and select publications. 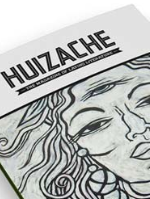 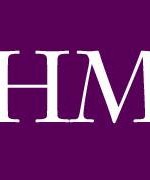 Hunger Mountain is a print journal of the arts. We publish fiction, poetry, creative nonfiction, visual art, young adult and children’s writing, and literary miscellany. Our print issue comes out annually in the spring. 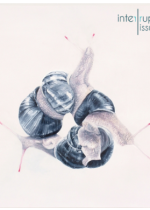 inter|rupture aims to startle and assault the current by providing readers with emerging and established artists who crave discovery. We publish three times a year–February, June, and October–and primarily feature poetry.

In publication since 1999, we are an independent journal that appears online as well as in annual print issues. We don’t adhere to any particular themes or tastes, but some people tell us they see one, so who knows? 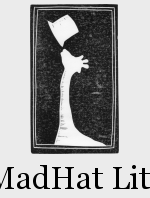 MadHat Lit is the smaller, more restless, equally rambunctious sibling to the annual online arts and literary publication, MadHat (formerly Mad Hatters’ Review). In an effort to keep the spirit of ground-breaking literature and arts current, MadHat Lit is a literary and artistic review that we publish four times yearly. 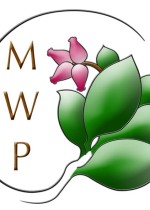 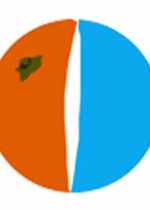 The Maynard, an online poetry journal, is a space for emerging and experienced writers from Canada and around the world. Issue editors, comprised of Advisory and Editorial Board members, strive to feature work that challenges perceived boundaries (lyric, narrative, etc.) of the written word. Rather than themes, each issue of The Maynard showcases artistic conversations represented via shared or disparate aesthetics, subjects, and styles. 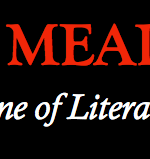 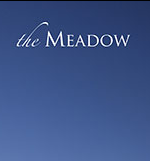 The Meadow publishes work from beginning and experienced writers and artists each Spring. 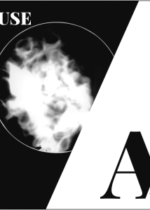 Narrative is dedicated to advancing literature in the digital age by supporting the finest writing talent and encouraging reading, as the gateway to understanding, across generations, in schools, and around the globe. Our digital library of new literature by celebrated authors and by the best new and emerging writers is available for free. 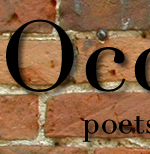 OccuPoetry collects and publishes poetry about economic justice/injustice, greed, protest, activism, and opportunity. OccuPoetry is an independent project inspired by the Occupy Movement.

Just as our name suggests—“omni” (in all ways and places) and “dawn” (the first appearance of light)—we publish creative works that open readers anew to the myriad ways that language may bring new light, insight, awareness, as well as a heightened respect for and appreciation of differences.

On The Issues Magazine

On the Issues Magazine, a progressive, feminist journal, began as a print publication from 1983 to 1999, and an online multimedia website from 2008 to the present. With topics of concern to women both revolutionary and radical, On The Issues is a resource for women about women. 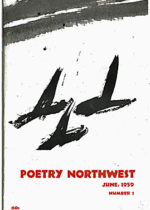 Community of Writers Poetry Workshop alum Keetje Kuipers was just named the new Editor of Poetry Northwest. Kuipers has been a Senior Editor at the magazine for three years. She has recently published her third book of poems, All Its Charms, with BOA Editions, and teaches poetry writing at Hugo House. As Editor-in-chief, she will have the chance to shape the direction of the magazine for years to come. 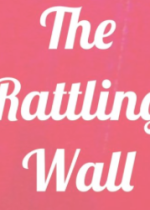 The Rattling Wall is a literary journal based in Los Angeles, CA that accepts short fiction, travel essays, and poetry for publication. 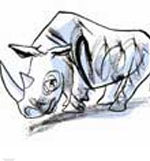 The Poetry Forum, Inc. was founded in 1976 as a poetry collective, and RHINO Poetry was started as an outlet for the work of members of The Poetry Forum. Since then, RHINO Poetry has become a regionally and nationally recognized annual collection of literature by new and established writers, and our workshops and readings have served countless emerging and established poets in Illinois. 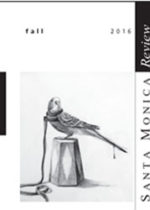 Santa Monica Review is a nationally distributed literary arts journal sponsored by Santa Monica College. The journal is published twice yearly, in Fall and Spring. The Review currently features literary fiction and nonfiction, though in past years also included poetry. SMR represents Santa Monica College’s commitment to the literary arts, community, and literacy. In nearly thirty years of production, the Review has featured both first-time writers and established literary authors, with a focus on showcasing the work of Southern California and Pacific Rim writers. 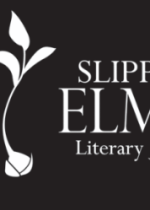 Slippery Elm is a journal committed to promoting the best fiction, poetry, creative nonfiction, and visual art being created today. The journal provides educational experiences for students in editing and publishing, and represents The University of Findlay as a supporter of the arts. 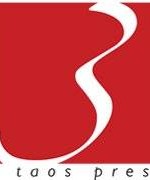 Our mission is to discover poetry, art, and literary reviews/essays that raise the hair on our arms, therefore our consciousness; Poetry that excites with passion, syntax, and craft; Art that remains an image in one’s eye. As poets living in Taos, New Mexico, U.S., amid astounding horizontal beauty of mesas, vertical allure of mountains, we are searching too for splendor; intricate and singing. Our vision is wide and inviting to both experimental and formal poetry, photography, visual art, sculpture, reviews and essays. 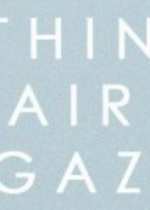 Thin Air Magazine seeks to embrace unknown territory through works that push at the boundaries of genre and convention. 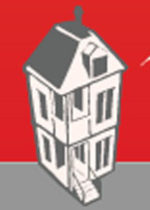 Tin House offers an artful and irreverent array of fiction, nonfiction, poetry, and interviews as well as columns on food and drink, out-of-print and underappreciated books, and Spring and Fall issues built around idiosyncratic themes like sex, evil, and candy. Perhaps most indicative of the magazine’s mission to stake out new territory and showcase not only established, prize-winning authors is its commitment to including work by undiscovered writers. 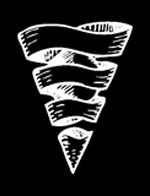 Water~Stone Review is a literary annual published by the The Creative Writing Programs at Hamline University. The review publishes work in all genres as well as essay/reviews and writers’ interviews. Features include three contests and photography curated by students at the Minneapolis College of Art & Design. 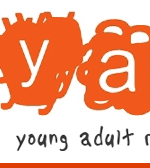 YARN is an award-winning literary journal that publishes outstanding original short fiction, poetry, and essays for Young Adult readers, written by the writers you know and love, as well as fresh new voices…including teens.

Every issue is a vibrant mix of established talents and new voices, providing an elegantly curated overview of contemporary arts and letters with a distinctly San Francisco perspective.