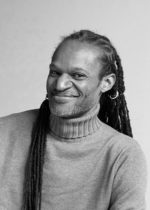 Originally from Buffalo, and currently living in Seattle, Stacy D. Flood’s work has appeared at ACT, Ghost Light Theatricals, Theatre Battery, and Theater Schmeater in Seattle, as well as in SOMA Magazine, Seattle Weekly, three Seattle Fringe productions, the Akropolis Performance Lab’s New Year/New Play salon, Playlist Seattle, the Adaptive Arts Theatre Company’s Night of New Works, Macha Theatre Works’ Distillery series, Mirror Stage’s ‘Expand Upon’ readings, The Hansberry Project’s REPRESENT festival, Infinity Box’s Centrifuge, FUSION Theatre Company’s ‘The Seven’ Short Works Festival, and in Starbucks’ The Way I See It campaign. He has served as an instructor at Seattle’s Hugo House and Portland’s Literary Arts as well as a lecturer at San Francisco State University — from which he holds an MA in English, an MFA in Creative Writing, and a Clark/Gross Novel Writing Award — and he has additionally been awarded both a Getty Fellowship to The Community of Writers and a Gregory Capasso Award in Fiction from the University at Buffalo. Furthermore, he has been a finalist in the Ashland New Play and Playwrights Foundation Bay Area festivals, and in addition, an artist-in-residence at DISQUIET in Lisbon and Millay Arts in New York. His play entitled The Optimist, or What Space Travel Means to Me will be featured as part of ACTLocal, and published by Lanternfish Press, The Salt Fields is his first novella. 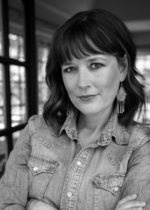 Caroline Frost has a Master of Professional Writing degree from the University of Southern California and is a licensed Marriage and Family Therapist. She is an alumna of Community of Writers where she workshopped a chapter her first novel. A native Texan, she resides in Pasadena, California, with her husband and three small children. Shadows of Pecan Hollow was recently longlisted for the Crook’s Corner Book Prize for best debut novel set in the American South. 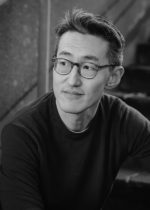 Chaney Kwak is the author of The Passenger: How a Travel Writer Learned to Love Cruises & Other Lies from a Sinking Ship, called “beautifully written and astutely observed” by The Washington Post and “thoughtful, exciting, and often hilarious” by The New York Post. His writing has appeared in The New York Times, Travel + Leisure, Food & Wine, and other publications. He’s working on a novella. 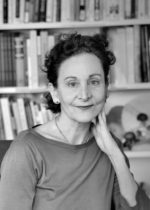 Gail Reitano grew up in the southern New Jersey Pine Barrens. She graduated from Rutgers University and lived in London for twelve years before moving to the San Francisco Bay Area. Her fiction, memoir and personal essays have appeared in Glimmer Train, Catamaran Literary Reader, and Ovunque Siamo, among others, as well as featured on public radio in the Bay Area. Italian Love Cake (Bordighera Press) is her first novel; the French translation, Liberata, was published in January 2022 (Éditions Anne Carrière). 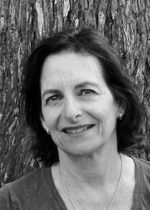 Katherine Seligman is a journalist and author of At the Edge of the Haight, which won the PEN/ Bellwether Prize. She has been a reporter at USA Today, the San Francisco Examiner and a staff writer at the San Francisco Chronicle Sunday Magazine. Her writing has appeared in Life, Redbook, The Sun Magazine, the anthology “Fresh Takes” and elsewhere. Her essay “Someone to Listen” was a Best American Essays notable selection. She lives in San Francisco. www.katherineseligman.com 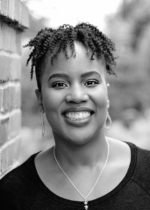 Monica West is the author of Revival Season, which was a New York Times Book Review Editors’ Choice, a Barnes and Noble Discover selection, and short listed for the VCU Cabell First Novelist Award. She received her B.A. from Duke University, her M.A. from New York University, and her MFA from the Iowa Writers’ Workshop where she was a Rona Jaffe Graduate Fellow. She has received fellowships and awards from Hedgebrook, Kimbilio Fiction, and the Virginia Center for the Creative Arts. She teaches in the MFA in Writing program at the University of San Francisco.