Greg Bills received a BA from the University of Utah, his home state, and an MFA from the University of California, Irvine. He has published two novels: Consider This Home (Simon & Schuster) and Fearful Symmetry (Dutton/Penguin), and his fiction and essays have appeared in the Santa Monica Review, Fairy Tale Review, and the anthology Brothers and Beasts, among others. He has served on the fiction staff at the Community of Writers conference and as a visiting professor at Wake Forest University. He lives in Los Angeles and is a Professor of Creative Writing at the University of Redlands. www.gregbillsbooks.com 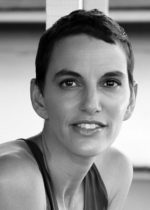 Katharine Dion is the author of the novel The Dependents, which has been translated into four languages. She is a graduate of the Iowa Writers’ Workshop, where she was awarded the Iowa Arts Fellowship. She is also a MacDowell Fellow and the recipient of a grant from the Elizabeth George Foundation. She lives in Emeryville, California. The Dependents is her first novel.  www.katharinedion.com 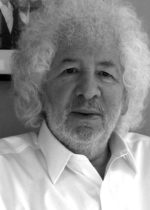 Daniel Halpern is the author of nine collections of poetry, most recently Something Shining. For 25 years, he edited the international literary magazine Antaeus, which he founded in Tangier with Paul Bowles. He is the editor of many anthologies, including The Art of the Tale, The Art of the Story, On Nature, and Reading the Fights (with Joyce Carol Oates); and the co-author of The Good Food: A Cookbook of Soups, Stews & Pastas. Halpern has received numerous grants and awards, including fellowships from the Guggenheim Foundation and the NEA, as well as the 1993 PEN Publisher Citation. In 2009, he received the first “Editor’s Award,” given by Poets and Writers, which recognizes a book editor who has made an outstanding contribution to the publication of poetry or prose over a sustained period of time. He has taught in the graduate writing program of Columbia University, The New School and Princeton University. And in 1978, with James Michener, he founded The National Poetry Series. He is publisher and president of Ecco. 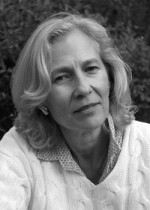 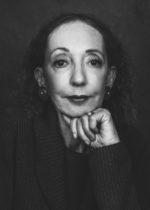 Joyce Carol Oates is a recipient of the National Medal of Humanities, the National Book Critics Circle Ivan Sandrof Lifetime Achievement Award, the National Book Award, and the PEN/Malamud Award for Excellence in Short Fiction, and has been several times nominated for the Pulitzer Prize. She has written some of the most enduring fiction of our time, including the national bestsellers We Were the Mulvaneys, Blonde, which was nominated for the National Book Award, and the New York Times bestseller The Falls, which won the 2005 Prix Femina. Her most recent novel is A Book of American Martyrs. She is the Roger S. Berlind Distinguished Professor of the Humanities at Princeton University and has been a member of the American Academy of Arts and Letters since 1978. 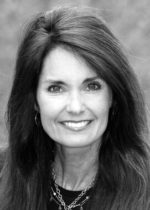 Beth Ruyak has worked in television and radio for over 30 years. An Emmy-Award winner, she has covered news, sports, science, health, arts and entertainment and worked as a reporter, anchor, producer, and writer. She has hosted daytime television, magazine shows, special events and live coverage, sideline-reported from 5 Olympic Games and Super Bowl XXV, traversed Europe for 3 Tour de France bicycle races (becoming the first woman television journalist to cover the event), co-hosted “The Home Show,” and guest co-hosted “Good Morning America.” In her current role as host of Capital Public Radio’s morning show “Insight” Beth interviews everyone in the community including artists, writers, public officials, emergency personnel, politicians, and other members of the Community. She has become a central figure in the region as she brings to the community through radio the stories of so many in the Sacramento Region and throughout Northern California.

Amy Tan: Born in the U.S to immigrant parents from China, Amy Tan rejected her mother’s expectations that she become a doctor and concert pianist. She chose to write fiction instead. Her novels are The Joy Luck Club, The Kitchen God’s Wife, The Hundred Secret Senses, The Bonesetter’s Daughter, Saving Fish from Drowning, and The Valley of Amazement, all New York Times bestsellers. She is the author of two memoirs, The Opposite of Fate and Where the Past Begins, and two children’s books, The Moon Lady and Sagwa, The Chinese Siamese Cat. Tan served as co-producer and co-screenwriter for the film adaptation of The Joy Luck Club and was creative consultant for Sagwa, the Emmy-nominated PBS television series for children. She wrote the libretto for the opera based on her novel, The Bonesetter’s Daughter. With music composed by Stewart Wallace, the opera had its world premiere in 2008 at the San Francisco Opera. The 30th edition of The Joy Luck Club with a new forward by Amy Tan was released in Spring of 2019.