You are Invited to Our Public Events

Are you a Tahoe Area local or visitor? Every year, the Community of Writers puts on a number of readings and events as part of our Summer Writing Workshops that are open to the public, and most are free of charge.

Public Events – You are Invited

Are you a Tahoe Area local or visitor? Every year, the Community of Writers puts on a number of readings and events as part of our Summer Writing Workshops that are open to the public, and most are free of charge.

Are you interested in our Literary Events in other areas too? Every year we hold several events which may be of interest to to you.

Tell us where you live and what events you are interested in by clicking on the button below.

Please check back here later for 2016 Events, or join our mailing list to get updates on our Public Events. Please join us!

2016 Events Which May be of Interest:

Don’t miss the chance to hear our staff share insights into the craft and business of writing. Topics are new each year, with the exception of our popular publishing panels, which feature agents, editors, and publishers providing insights and answering questions on this shifting landscape. Most panels and craft talks take place during the afternoon. Admission is free to the public and no reservations are required.

Craft talks this year will be given by: Thomas Barbash, Dava Sobel, and Ron Carlson.

On many a late Tahoe afternoon during the Writers Workshops, we invite staff members to keep things energized with a round of fast fiction and nonfiction readings.  Admission is free to the public and no reservations are required.

The Community of Writers also invites you to attend our remarkable evening events. This year we offer Special Events on two separate evenings, Wednesday and Saturday with readings by prominent, beloved and  bestselling authors. $20 adult/$8 Student. No one will be turned away for lack of funds.

For the nonfiction crowd, on Tuesday, July 26 we present “The Big Nonfiction Book” an evening panel discussion about the risks and rewards of writing a large, research-driven narrative. We will be joined by celebrated nonfiction writers Jason Roberts, author A Sense of the World: How a Blind Man Became History’s Greatest Traveler; nature writer Jordan Fisher Smith, whose new book Engineering Eden was just published by WW Norton; internationally bestselling author Dava Sobel, author of Longitude; and Héctor Tobar, author of the book Deep Dark Down about the trapped Chilean miners. Moderating will be Julia Flynn Siler, journalist and author of, most recently, Lost Kingdom: Hawaii’s Last Queen, the Sugar Kings, and America’s First Imperial Adventure.

Admission is free to the public and no reservations are required.

On Thursday, July 28 at 5:30 pm, we present The Published Alumni Reading Series.  The Community of Writers is delighted to celebrate the success of these writers and to present them to the participants, staff, and the public.  Please join us to hear reading from Stephanie Kegan, Nayomi Munaweera, Marian Palaia, Juan Alvarado Valdivia,  Heather Young – Introduced by Matt Sumell
This event is supported by Noel Corngold and Emily Adelsohn Corngold. 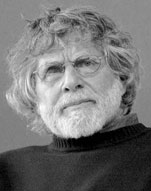 Also Thursday we say goodbye to our good friend and beloved colleague, the novelist and reviewer Alan Cheuse, who died last summer. In “A Writers Tribute to Alan Cheuse,” various authors will read from his work and musicians will perform. All are welcome. Admission is free and no reservations are required.

Visit our Calendar for more details.

Natalie Baszile (’01) is the author of Queen Sugar, soon to be adapted for televison by writer/director Ava DuVernay of “Selma” fame, and co-produced by Oprah Winfrey for OWN, Oprah’s television network. Natalie has a M.A. in Afro-American Studies from UCLA, and is a graduate of Warren Wilson College’s MFA Program for Writers where she was a Holden Minority Scholar. An early version of Queen Sugar won the Hurston Wright College Writer’s Award, was a co-runner up in the Faulkner Pirate’s Alley Novel-in-Progress competition, and excerpts were published in Cairn and ZYZZYVA. Her non-fiction work has appeared in The Rumpus.net, Mission at Tenth, and in The Best Women’s Travel Writing Volume 9. She is a former fiction editor at The Cortland Review, and is a member of the San Francisco Writers’ Grotto. Natalie grew up in Southern California and lives in San Francisco with her family. She attended the Community of Writers in 2001. www.nataliebaszile.com

Meg Waite Clayton is the New York Times and USA Today bestselling author of five novels, including The Race for Paris (HarperCollins, August 2015). Her first novel, The Language of Light, was a finalist for the Bellwether Prize (now the PEN/Bellwether), and her novels have been translated into languages from German to Lithuanian to Chinese. She’s also written essays and opinion pieces for the Los Angeles Times, The New York Times, The Washington Post, the San Jose Mercury News, Forbes, Writer’s Digest, Runner’s World and public radio. She attended the Community of Writers in 2000. www.megwaiteclayton.com

Frances Dinkelspiel is an award-winning journalist who co-founded the local news site Berkeleyside. She is the author of Towers of Gold: How One Jewish Immigrant Named Isaias Hellman Created California, and the New York Times bestseller, Tangled Vines: Greed, Murder, Obsession, and an Arsonist in the Vineyards of California, which was published in October 2015. She attended the Community of Writers in 2003 and 2004, and served on the teaching staff in 2015. www.francesdinkelspiel.com

Marian Palaia is the author of The Given World longlisted for the PEN/Robert W. Bingham Prize (Simon and Schuster, 2015). Born in Riverside, California, she has lived in San Francisco (on and off) since 1985. Other places she has lived include Montana, Hong Kong, Ho Chi Minh City, and Nepal, where she was a Peace Corps volunteer. She has been a teacher, a truck driver and a bartender. At one time she was the littlest logger in Lincoln, Montana. www.marianpalaia.com

Josh Weil is the author of the novel The Great Glass Sea (Grove Atlantic, 2014) and the novella collection The New Valley (Grove Atlantic, 2009). A New York TimesEditor’s Choice and Powell’s Indispensable selection, The Great Glass Sea won the Dayton Literary Peace Prize and the GrubStreet National Book Prize; it was short-listed for The Center for Fiction’s Flaherty-Dunnan First Novel Prize and the Library of Virginia’s Literary Award in Fiction and was long-listed for VCU Cabell Award.  The New Valley (also a New York Times Editor’s Choice) won the Sue Kaufman Prize for First Fiction from The American Academy of Arts and Letters, the New Writers Award from the GLCA, a “5 Under 35” Award from the National Book Foundation, and was short-listed for the Library of Virginia’s Literary Award. Weil’s other fiction has garnered a Pushcart Prize and appeared in Granta, Esquire, Tin House, and One Story. He has written non-fiction for The New York Times, The Sun, Poets & Writers and Time.com. He has taught at the Community of Writers. Born in the Appalachian mountains of Southwest Virginia, he currently lives with his family in Northern California’s Sierra Nevada. www.joshweil.com

The Community of Writers is a nonprofit corporation. All donations are tax-deductible

These literary events which are open to the public, are brought to you in part by

The Community of Writers is made possible with substantial support of these organizations:

The Community of Writers is a nonprofit corporation. All donations are tax-deductible

View the supporters who make the Community of Writers - Summer Writing Workshops possible.

Getting To Olympic Valley Events