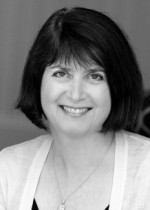 Heather Young  is the author of the novel The Lost Girls, which was published in July 2016 by William Morrow/HarperCollins. After receiving her law degree from the University of Virginia, she practiced law in San Francisco for a number of years before beginning her writing career in 2009. She received an MFA from the Bennington Writing Seminars in 2011, and continued her education at the the Community of Writers at Squaw Valley in 2013. She lives in Northern California with her husband and two children, where she is currently at work on her second novel, Lovelock. www.heatheryoungwriter.com