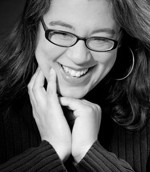 Tara Betts: (’09): Tara Betts is the author of Break the Habit (Trio House Press, 2016), Arc & Hue (Willow Books, 2009), and the chapbook THE GREATEST: An Homage to Muhammad Ali. She is also one of the editors for The Beiging of America: Personal Narratives About Being Mixed Race in the 21st Century (2Leaf Press, 2017). In 2010, Essence Magazine named her one of their “40 Favorite Poets”. A Cave Canem alum, she received her Ph.D. in English at Binghamton University and her MFA from New England College. Tara’s work has appeared in journals, online and in several anthologies, including Ghost Fishing: An Eco-Justice Poetry Anthology, The Break Beat Poets Anthology, Octavia’s Brood: Science Fiction Stories from Social Justice Movements, Gathering Ground, Villanelles, The Incredible Sestina Anthology, Bum Rush the Page, Poetry Slam, These Hands I Know, and both Spoken Word Revolution anthologies, among others. www.tarabetts.net