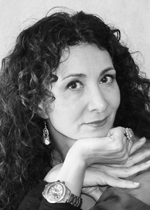 Sholeh Wolpé is a poet, playwright and literary translator. Born in Iran, she spent most of her teen years in Trinidad and the UK before settling in the United States. She is a recipient of the 2014 PEN/Heim, 2013 Midwest Book Award and 2010 Lois Roth Persian Translation prize. Wolpé is the author of three collections of poetry and three books of translations, and is the editor of three anthologies. Her upcoming book, Attar’s Conference of the Birds, was released by W.W. Norton in March, 2017. Sholeh lives in Los Angeles and attended the Community of Writers in 2004. www.sholehwolpe.com