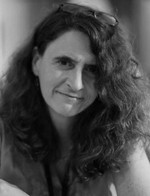 Sara J. Henry’s first novel, Learning to Swim (Crown, 2011), which won the Anthony and Agatha awards for best first novel and the Mary Higgins Clark Award, was a Target Emerging Author Editions pick, and was named one of Best Books of 2011 by the Boston Globe. Her second novel, A Cold and Lonely Place (Crown, 2013), was a Reader’s Digest Select Books choice and won the Silver Falchion award for best novel. Both novels are set in the Adirondacks, where Sara began her writing career as a newspaper sports editor. She’s written for Prevention, Bicycling, Triathlete, and other magazines, and was an editor at Rodale Books and Women’s Sports & Fitness. She attended the Community of Writers in 2006 (fiction) and 2007 (nonfiction).  www.sarajhenry.com