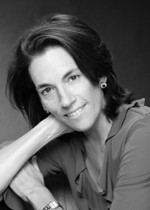 Sally Van Doren, a poet and artist, is the author of three poetry collections, Promise (LSU Press 2017), Possessive (2012) and Sex at Noon Taxes (2008) which received the Walt Whitman Award from the Academy of American Poets.  She has taught at the 92nd Street Y in New York, Washington University and the St. Louis Public schools and is a curator for the St. Louis Poetry Center. A graduate of Princeton (BA) and the University of Missouri-St. Louis (MFA), she posts daily excerpts from her ongoing poem, The Sense Series, via Instagram@sallyvandoren. Her poems have appeared widely in literary magazines such as American Poet, Boulevard, The New Republic and The Southern Review.  Three of her poems were chosen as the Poem-A-Day on poets.org and her poem, “Preposition,” is featured as an animated film in the PBS Poetry Everywhere program. She attended the Community of Writers in 2001, 2003 and 2006. www.sallyvandoren.com