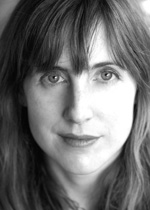 Peyton Marshall is a graduate of the Iowa Writers’ Workshop. Her first novel, Goodhouse, was published by Farrar Straus Giroux in 2014. Her writing has appeared in The New York Times, Tin House, A Public Space, Blackbird, FiveChapters and Best New American Voices 2004. She attended the Community of Writers in 1997, and returned as a special guest in 2015. www.peytonmarshall.com