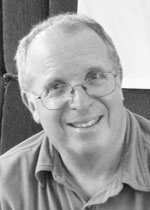 Paul Watsky, who lives and works in San Francisco and Inverness, CA, is co-translator with Emiko Miyashita of Santoka (PIE Books, 2006); two collections of his own, Telling The Difference and Walk-Up Music (Fisher King Press 2010, 2015), the latter receiving a Kirkus Recommended Review; and has work in The Carolina Quarterly, Interim, Rattle, Smartish Pace, and elsewhere. A onetime assistant professor of English at San Francisco State University, he retrained as a clinical psychologist and Jungian analyst, career threads which now intertwine. As Poetry Editor of Jung Journal: Culture and Psyche, he delivered a paper in 2016 entitled “Ecocidal Themes in Japanese and English Language Poetry” at the international Jungian congress in Kyoto, and as a psychotherapist specializes in issues related to creativity in the arts and sciences. Paul attended the Community of Writers in 2007, 2009, 2011, 2013, and 2017. www.paulwatskypoetry.com