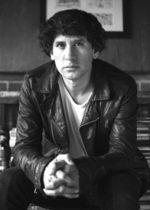 Mauro Javier Cardenas is the author of The Revolutionaries Try Again (Coffee House Press, September 2016). His fiction has appeared in Conjunctions, The Antioch Review, Guernica, Witness, ZYZZYVA and BOMB. He’s the recipient of the 2016 Joseph Henry Jackson Award. He attended the Community of Writers in 2002 and returned as a Published Alum in 2017. www.maurojaviercardenas.com