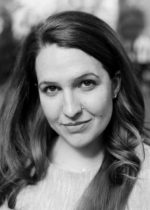 Lucy Carson joined The Friedrich Agency in early 2008, where she has since built a list of fiction and non-fiction. In addition to brokering domestic publishing deals for her own clients, Lucy also oversees all Film, Television & Dramatic business for the agency list. During her ten years with The Friedrich Agency, Lucy has worked with such authors as Sue Grafton, Elizabeth Strout, Ruth Ozeki, Terry McMillan, and Karen Joy Fowler, while launching many debut careers as well. Her list is focused on Fiction & (mostly narrative) Non-Fiction for the adult trade audience.