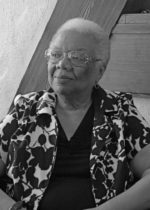 Lucille Clifton was one of the most distinguished, decorated and beloved poets of her time. She was a staff poet of the Community of Writers for nearly twenty years, first in 1991 and returning regularly until her death in 2010. She won the National Book Award for Poetry for Blessing the Boats: New and Selected Poems 1988-2000 and was the first African American female recipient of the Ruth Lilly Poetry Prize for lifetime achievement from the Poetry Foundation. Ms. Clifton received many additional honors throughout her career, including the Discovery Award from the New York YW/YMHA Poetry Center in 1969 for her first collection Good Times, a 1976 Emmy Award for Outstanding Writing for the television special “Free to Be You and Me,” a Lannan Literary Award in 1994, and the Robert Frost Medal from the Poetry Society of America in 2010. She was named a Literary Lion by the New York Public Library in 1996, served as a Chancellor of the Academy of American Poets from 1999 to 2005, and was elected a Fellow in Literature of the American Academy of Arts and Sciences. In 1987, she became the first author to have two books of poetry – Good Woman and Next – chosen as finalists for the Pulitzer Prize in the same year. She was also the author of eighteen children’s books, and in 1984 received the Coretta Scott King Award from the American Library Association for her book Everett Anderson’s Good-bye. Her Memoir, Generations: A Memoir, was published posthumously in 2021 by NYRB Classics with an introduction by Tracy K. Smith.