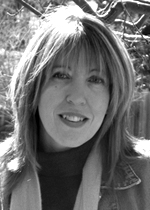 Lisa Tucker is the author of six novels: The Song Reader, Shout Down the Moon, Once Upon a Day, The Cure for Modern Life, The Promised World and The Winters in Bloom. Her books have been published in fourteen countries and selected for Borders Original Voices, Book of the Month Club, the Literary Guild, Doubleday Book Club, People Magazine Critic’s Choice, Redbook Book Club, Amazon Book of the Year, Barnes & Noble Reading Group program, Target “Breakout” Books, the American Library Association Popular Paperbacks, and the Indie Next list. Her short work has appeared in The New York Times, Seventeen, and The Oxford American. She attended the Community of Writers in 2001. www.lisatucker.com