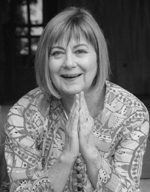 Laurie Ann Doyle‘s new collection of stories, World Gone Missing (Regal House Publishing: October, 2017) was named a top book pick at The East Bay Express. Winner of the Alligator Juniper National Fiction Award and a Pushcart Prize nominee, her stories and essays have appeared in the Los Angeles Review, Jabberwock Review, and Under the Sun, among many other literary journals, and anthologized in Speak and Speak Again (Pact Press). She teaches creative writing at the San Francisco Writers Grotto and UC Berkeley. She attended the Community of Writers in 2009 and 2014. www.laurieanndoyle.com