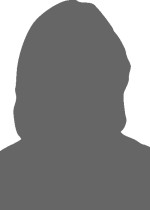 Laura Harrington is a writer for television and film, and is an Instructor of Graduate and Undergraduate Screenwriting at Loyola Marymount University. She has written for Paramount, Sony, Warner Brothers and Disney. Her most recent adapted film credits include, The Trials of Nina McCall, The Ninth Fortress and Mississippi Mud for Miramax with producers Martin Scorsese and Barbara De Fina. Recent television credits include Pirate Reed for Shiny Rock Productions and Antoinette Tuff for Sony Lifetime. Laura worked for over twenty years, from 1979 through 2000, as a professional actress on Broadway, in television and in film.