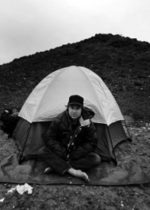 Kimball Taylor is the author of The Coyote’s Bicycle: The Untold Story of Seven Thousand Bicycles and the Rise of a Borderland Empire. His journalism has appeared in Vice Media, ESPN The Magazine, and the Los Angeles Times. A long-time contributor to Surfer magazine, Taylor has written two books about the sport. He attended the Community of Writers in 2011, and returned in 2017 as a Published Alum.