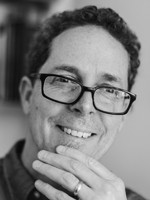 Keith Ekiss (’06): Keith Ekiss is the author of Pima Road Notebook (New Issues Poetry & Prose, 2010) and the translator of “The Fire’s Journey,” an epic poem by the Costa Rican writer Eunice Odio forthcoming from Tavern Books in four volumes. Territory of Dawn: The Selected Poems of Eunice Odio will appear from The Bitter Oleander Press in Spring, 2016. He is a former Wallace Stegner Fellow and a Jones Lecturer in Creative Writing at Stanford University.