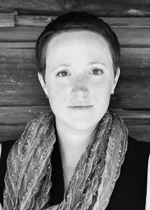 Keetje Kuipers (’05): Keetje Kuipers has been the Margery Davis Boyden Wilderness Writing Resident, a Stegner Fellow at Stanford, and the Emerging Writer Lecturer at Gettysburg College. A recipient of the Pushcart Prize, her poems, essays, and fiction have appeared in numerous magazines and anthologies, including Best American Poetry. Her first book of poetry, Beautiful in the Mouth, won the 2009 A. Poulin, Jr. Poetry Prize and was published by BOA Editions. Her second collection, The Keys to the Jail, was published by BOA in 2014. Keetje is an Assistant Professor at Auburn University where she is Editor of Southern Humanities Review. She attended the Community of Writers in 2005. www.keetjekuipers.com