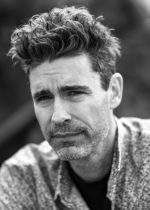 Joshua Ferris is the author of four novels, including A Calling for Charlie Barnes, published in September of 2021, and a collection of stories, The Dinner Party. He was a finalist for the National Book Award, winner of the Barnes and Noble Discover Award and the PEN/Hemingway Award. To Rise Again at a Decent Hour won the Dylan Thomas Prize and was shortlisted for the Booker Prize. His short stories have appeared in The New Yorker, Granta, and Best American Short Stories. He was awarded the Award in Literature from the American Academy of Arts and Letters in 2016. He lives in New York.