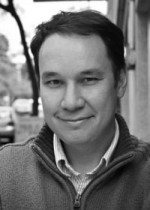 Jamie Ford is the great grandson of Nevada mining pioneer Min Chung, who emigrated from Kaiping, China, to San Francisco in 1865, where he adopted the western name “Ford,” thus confusing countless generations. His debut novel, Hotel on the Corner of Bitter and Sweet was a New York Times bestseller and went on to win the 2010 Asian/Pacific American Award for Literature. His second novel, Songs of Willow Frost, was published in September of 2013. His most recent novel, Love and Other Consolation Prizes, will be released in September, 2017. His work has been translated into 34 languages. He attended the Community of Writers in 2006.
www.jamieford.com