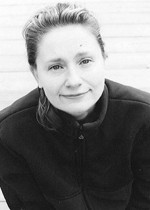 Francine Marie Tolf‘s memoir, Joliet Girl, and her first full-length collection of poems, Rain, Lilies, Luck, were published by North Star Press of St. Cloud in 2010. Prodigal (Pinyon Publishing) was released in 2012. Her essays and poems have appeared in numerous journals, including Water~Stone, Rattle, New Letters, Margie and Southern Humanities Review. Francine received a Squaw Valley poetry fellowship in 2002 and has since received grants from the Minnesota State Arts Board, the Barbara Deming / Money for Women Foundation, and the Elizabeth George Foundation. She was a nonfiction winner in the 2006-07 Loft Mentor Series contest and has twice been awarded Honorable Mention in the Pablo Neruda Poetry Contest. Francine is the author of three poetry chapbooks (two from Pudding House and one from Plan B). Sample her work at www.francinemarietolf.com.