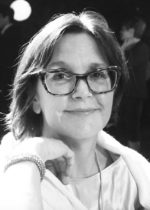 Frances Dinkelspiel is an author and journalist. Her first book, Towers of Gold: How One Jewish Immigrant Named Isaias Hellman Created California, was a San Francisco Chronicle bestseller and was selected as a best book of the year by the Chronicle and the Northern California Independent Booksellers’ Association. Her second book, Tangled Vines: Greed, Murder, Obsession, and an Arsonist in the Vineyards of California, was a New York Times and San Francisco Chronicle bestseller and was named a best wine book of the year by the Wall Street Journal and Food and Wine magazine. Frances is the co-founder and former executive editor of the award-winning nonprofit news organization, Cityside, which has two news sites: Berkeleyside and The Oaklandside. Her freelance journalism has appeared in the New York Times, Wall Street Journal, Los Angeles Times, Daily Beast, People magazine, AARP magazine and elsewhere. Frances has also participated in several documentaries and television shows including American Greed, Who Do You Think You Are? and American Jerusalem: Jews and the Making of San Francisco. She also has lectured widely on California and Jewish history, the wine business and the changing ecosystem, of local news. She lives in Berkeley. www.francesdinkelspiel.com