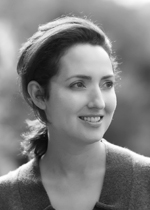 Elizabeth Percer (’06): Elizabeth Percer is a poet and novelist, who has has twice been honored by the Dorothy Sargent Rosenberg Foundation. Her most recent poetry collection, Ultrasound, was published in 2014 by Wolf Ridge Press. Her first novel, An Uncommon Education, was published by HarperCollins in 2012 and was on Oprah’s Best Books of Summer 2012 list and Amazon’s Top Ten Novels of the Month, 2012. Her second novel, All Stories Are Love Stories, was published by HarperCollins in 2014. She lives in Redwood City, CA with her husband and three children. www.elizabethpercer.com