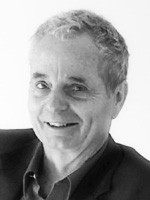 David Watts (’90,’91,’92,’93,’97,’99,’02,’04,’13): David Watts has won the Talent House Press award for the chapbook, Making, and was runner-up in The Francis Lock Prize competition for the most imaginative poem, “loss.” Seven books of poetry, two CD’s of word-jazz, two collections of short stories (Random House and U. Iowa Press) and four anthologies have been published. Essays that focus on writing and healing have been published by The NEJM, The Examined Life, and California Medicine. His mystery novel, The Lucifer Connection, was released in the summer of 2015 and his futuristic novella, Future Perfect, will be published March, 2016 by Flannigan-Wale of London. He created a summer writers workshop, Writing the Medical Experience, hosted by SVCW, Sarah Lawrence College and Dominican University. He was Executive Producer (with Joan Baranow) for the Documentary, “Healing Words: Poetry and Medicine,” which aired on PBS during 2008-9. He has taught poetry at the Fromm Institute for twenty years. www.davidwattsbooks.com