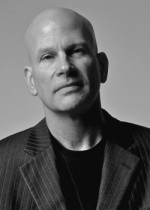 David Corbett is the author of The Devil’s Redhead, Done for a Dime (a New York Times Notable Book), Blood of Paradise (nominated for numerous awards, including the Edgar), Do They Know I’m Running (for which Publishers Weekly gave a starred review), The Mercy of the Night, a collection of stories, Thirteen Confessions, and his newest The Long Lost Love Letters of Doc Holliday (Black Opal Books). His novella, The Devil Prayed and Darkness Fell, is now available as an ebook. David’s short fiction and poetry have appeared in numerous periodicals and anthologies, including Mission and Tenth, The Smoking Poet, and Best American Mystery Stories (2009 and 2011). His writing guide, The Art of Character, was published in 2013. He has taught at the UCLA Extension’s Writers’ Program, and at Book Passage in Corte Madera, California, as well as at numerous other writing conferences across the US. He first attended the Community of Writers in 1988 and has returned many times since. www.davidcorbett.com