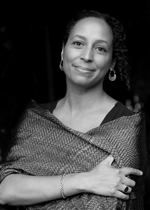 Danusha Laméris (’00): Danusha’s work has been published in The New York Times Magazine, American Poetry Review, New Letters, Alaska Quarterly Review, Rattle, and The Sun magazine and as well as in a variety of other journals and anthologies. Her poem, “The Bedouin Dress,” received first place for Atlanta Review‘s poetry contest and her poem, “The God of Numbers,” earned a special mention in the 2015 Pushcart Prize Anthology. Her first book, The Moons of August, was chosen by Naomi Shihab Nye as the winner of the Autumn House Press poetry contest, and was released in early 2014. She lives in Santa Cruz, California and teaches an ongoing poetry group as well as working with individual writers. danushalameris.com