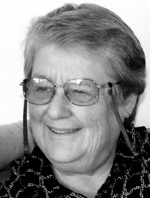 CB Follett (’04/’00/’95/’93/’91): CB Follett is the author of ten books of poetry, most recently Quatrefoil (2016). She also published, along with photographer Ginna Fleming, Duet, A Conversation of Words and Images (2014). Other notable collections include Of Gravity and Tides (2013), and several chapbooks, most recently the 4 chapbook series Boxing the Compass (2014-2015). The Turning of the Light won the 2001 National Poetry Book Award. She is Editor/Publisher of Arctos Press and was publisher and co-editor (with Susan Terris) of Runes: a Review of Poetry (2001-2008). Follett has numerous nominations for Pushcart Prizes for individual poems, as well as nine nominations as a individual poet; a Marin Arts Council Grant for Poetry;  and has been widely published both nationally and internationally. Follett was Poet Laureate of Marin County, CA from 2010-2013.