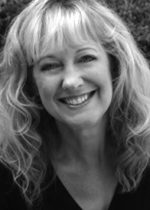 Carole Firstman is the author of Origins of the Universe and What It All Means: A Memoir (Dzanc, 2016). Her work has been anthologized in Man in the Moon: Essays on Fathers and Fatherhood; essays have appeared in Colorado Review, South Dakota Review, Watershed Review, Defunct Magazine, Reed Magazine and Knee Jerk Magazine; she has been a regular journalism contributor to many consumer magazines and newspapers, including Lifestyle Magazine, The Valley Voice, Gannett Newspapers and McClatchy Newspapers. Honors include a Pushcart Prize Special Mention and two Notables in Best American Essays. Carole teaches creative writing at California State University, Fresno. She attended the Community of Writers in 2007 and 2013, and returned in 2017 as a Published Alum. www.carole-firstman.com