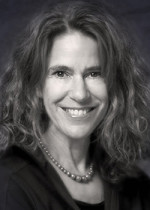 Cai Emmons is the author of the novel His Mother’s Son, which was a Booksense and Literary Guild selection, won the Ken Kesey Award for the Novel in 2003, and was translated into French and German. Her second novel, The Stylist, was published in Fall 2007 by HarperPerennial. Her short work has appeared in Arts and Letters, Narrative Magazine, and the Santa Monica Review, among others, and she has a selection in Now Write: Writing Exercises from Today’s Best Writers and Teachers. Emmons teaches in the Creative Writing Program at the University of Oregon. Before turning to fiction she wrote for film and theater. Her newest novel, Weather Woman, was published by Red Hen Press in September, 2018. She attended the Community of Writers in 1993, 1994, and 1998. Since then, she has returned as a staff writer on several occasions.
www.caiemmons.com