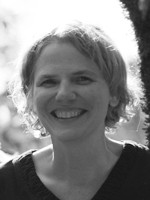 Ann Tweedy’s first full-length book, The Body’s Alphabet, was published by Headmistress Press in August ’16. The Body’s Alphabet was the winner of the Bisexual Book Award in Poetry, 2017. She also has published two chapbooks: Beleaguered Oases (tcCreativePress ’10) and White Out (Green Fuse Press ’13). Her poetry has appeared in Clackamas Literary Review, Rattle, damselfly press, Lavender Review, literary mama, Harrington Lesbian Literary Quarterly, and elsewhere. Ann is a student in Hamline University’s M.F.A. Program. Originally from Southeastern Massachusetts, she has lived in many places on the West Coast and in the Midwest and now lives in Washington State. In addition to writing poetry and essays, she is a law professor and a practicing attorney who represents Indian Tribes. She attended the Community of Writers in ’97, ’00, ’04, ’07, ’12, ’15. www.anntweedypoetry.com