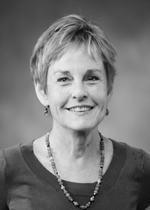 Ann Fisher-Wirth (‘92/’00/’09/ ’13): Ann Fisher-Wirth’s fifth book of poems is Mississippi, a collaboration with the acclaimed Delta photographer Maude Schuyler Clay (Wings Press, forthcoming February 2018). This has also led to a museum exhibition of prints and letterpress broadsides, and to a performance piece with six actors and blues guitar. Her other books of poems are Dream Cabinet, Carta Marina, Five Terraces, and Blue Window. Ann is coeditor of the groundbreaking Ecopoetry Anthology, with introduction by Robert Hass (Trinity UP 2013). Her poems have appeared widely and have received numerous awards. A fellow of the Black Earth Institute, she has held senior Fulbrights in Switzerland and Sweden, and has served as President of ASLE. In April 2017 she was Anne Spencer Poet in Residence at Randolph College in Virginia. She teaches at the University of Mississippi, where she also directs the Environmental Studies program. www.annfisherwirth.com