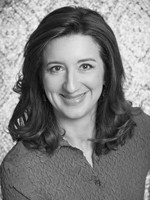 Anita Amirrezvani is the author of the novels Equal of the Sun (Scribner, 2012) and The Blood of Flowers (Little, Brown, 2007), which has been published in 30 languages. She also co-edited Tremors: New Fiction by Iranian-American Writers, an anthology released in 2013 by the University of Arkansas Press. Anita teaches in the MFA Writing Program at the California College of the Arts. She attended the Community of Writers in 2001. www.anitaamirrezvani.com