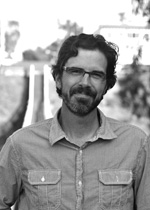 Andrew Roe is the author of the novel The Miracle Girl, a Los Angeles Times Book Prize finalist, and Where You Live, a collection of short stories. His short fiction has appeared in Tin House, One Story, The Sun, Glimmer Train, The Cincinnati Review, and other literary magazines, as well as the anthologies Where Love Is Found (Washington Square Press) and 24 Bar Blues (Press 53). In addition, his essays and reviews have appeared in The New York Times, San Francisco Chronicle, Salon.com, Writer’s Digest, and other publications. He attended the Community of Writers in 1997 and 2004. www.andrewroeauthor.com