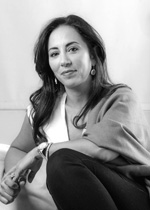 Aline Ohanesian is the author of Orhan’s Inheritance, published by Algonquin Books in April of 2015. It has been translated into Italian and Hebrew as well as several other languages. Ohanesian was a finalist for the PEN Bellwether Prize for Socially Engaged Fiction and the Glimmer Train Short Story Award for New Writers. Her essays have appeared in Glimmer Train, Publisher’s Weekly and elsewhere. Aline attended the Community of Writers in 2012. www.alineohanesian.com