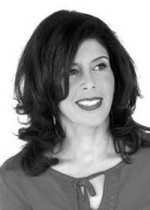 Alia Yunis, a filmmaker, screenwriter, author and journalist, is currently directing and producing the feature length documentary, The Golden Harvest. A PEN Emerging Voices Fellow, Alia is the author of the novel The Night Counter (Crown/Random House, 2010), which has been critically acclaimed by the Washington Post, Entertainment Weekly and several other publications. It was chosen as a top summer read by the Chicago Tribune and Boston Phoenix. Alia has worked as a filmmaker and journalist in several cities.  Her writing has appeared in the Los Angeles Times, Aramco World, and Saveur, among others.  Her fiction and non-fiction has been published in numerous anthologies.  She began her career in film after winning an award for comedy writing from Warner Bros when she was studying at American University in Washington, DC. She attended the Community of Writers in 2004.  goldenharvestfilm.org