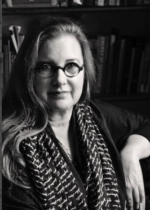 Janet Fitch’s new novel, The Revolution of Marina M. will be released in November, 2017. Her first novel, White Oleander, a #1 New York Times bestseller and Oprah’s Book Club selection, has been translated into 24 languages and was made into a feature film. Her second novel, Paint It Black, a national bestseller, was made into a 2017 feature film, written and directed by Amber Tamblyn. She attended the Fiction Workshop at the Community of Writers in the 1980s, the Poetry Workshop in 2017, and returns frequently to teach during the Writers Workshops at the Community of Writers. www.janetfitchwrites.com